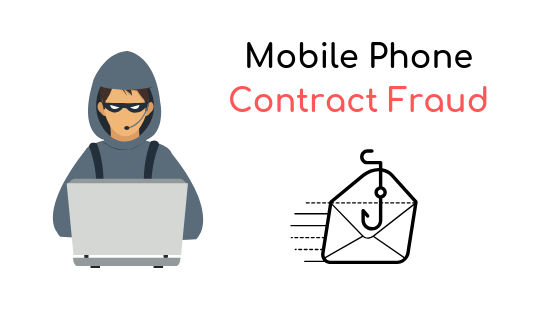 We’ve been hearing from an increasing number of people being cold called by fraudsters offering cheap mobile phone deals.

Numbers they are using include:

UPDATE: Latest numbers being used by the scammers:

They even go as far as using our physical address on their bogus website; PhoneLimited.co.uk and in their scam emails! (see images below).

It sounds like the very same scam that was being perpetrated earlier this year from Indian call centres claiming to work for a different fictitious company called Mobile Limited. (Passing themselves off as mobiles.co.uk owned by Carphone Warehouse).

They offer temptingly cheap mobile deals for the latest iPhone and smartphones, even claiming you can order mid-contract and forget about paying for the rest of your existing contract!

Once the fraudsters have gained personal and banking details over the phone, they pretend to be the victim and order as many mobile contracts for high end handsets as the victim’s credit score will allow.

The phones all turn up at the victims house and the fraudsters call and email again pretending they’ve made a mistake and it’s someone else’s order.

They convince the victims to send the phones to addresses in the Bolton area.

The fraudsters then wait at the properties for the delivery and steal the phones!

This leaves the victims with multiple, expensive contracts (usually £80+ a month!) and no phones to send back to where they were actually ordered from to cancel the contracts.

Addresses used by the scammers:

UPDATE: Now using this address back in Bolton …

What to do if you are a victim?

Firstly, cancel your bank card that you gave to the fraudsters immediately and ask for a new one, you can call the number on the back of your card.

You’ll then need to try and work out where the phones were actually ordered from in your name, hopefully you will have spotted a SIM card from a network.

Call the network and explain what’s happened and that you need to cancel the contract(s).

In some rare cases, we’ve heard that the networks have been unhelpful, if this happens please report the crime to the police and they’ll give you a crime reference number that proves you are a victim of crime, the network will then cancel your contract(s).

Even if the networks cancel the contract without a crime reference number, please report what’s happened to the police and ActionFraud … the more people that report, the more information the police have and hopefully the quicker the fraudsters will be stopped!

We’d like to thank those that have been in contact to inform us of this latest scam and for sending us copies of the emails they send to potential victims.

Please DO NOT give out your personal and/or banking details over the phone.

If you have been a victim of this scam and need any help, please feel free to call us on: 01473 231323 … This is our ONLY number and we do not make any outbound calls.

We are a price comparison website helping you compare the cheapest UK deals from all of the retailers, we don’t take any details to use our service, customers order securely with the retailer offering the lowest UK price for their chosen phone and plan.

We hope this helps, below are some examples of the emails they send to victims … 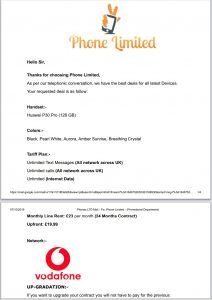 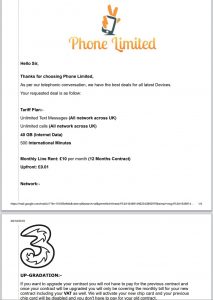 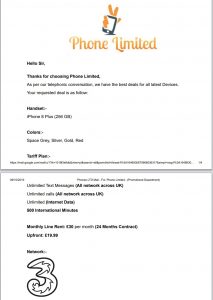 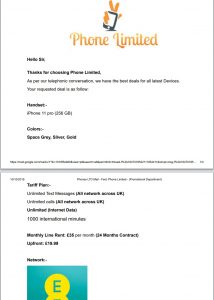 NEW Emails (using one of our old logos!) 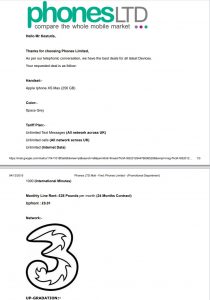 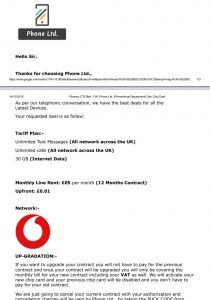 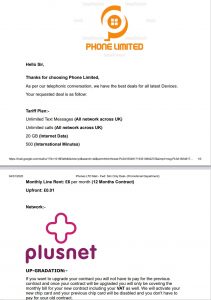 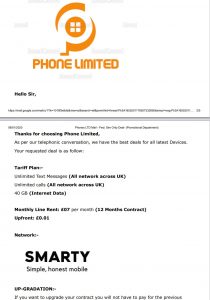 The UK networks (excluding iD Mobile, Tesco Mobile, SKY Mobile & GiffGaff) will adjust your monthly payments once per year (up or down) in line with the Retail Price Index (RPI)/Consumer Prices Index (CPI) rates published by the Office for National Statistics.