(We’ve clearly marked these in our results for you)… 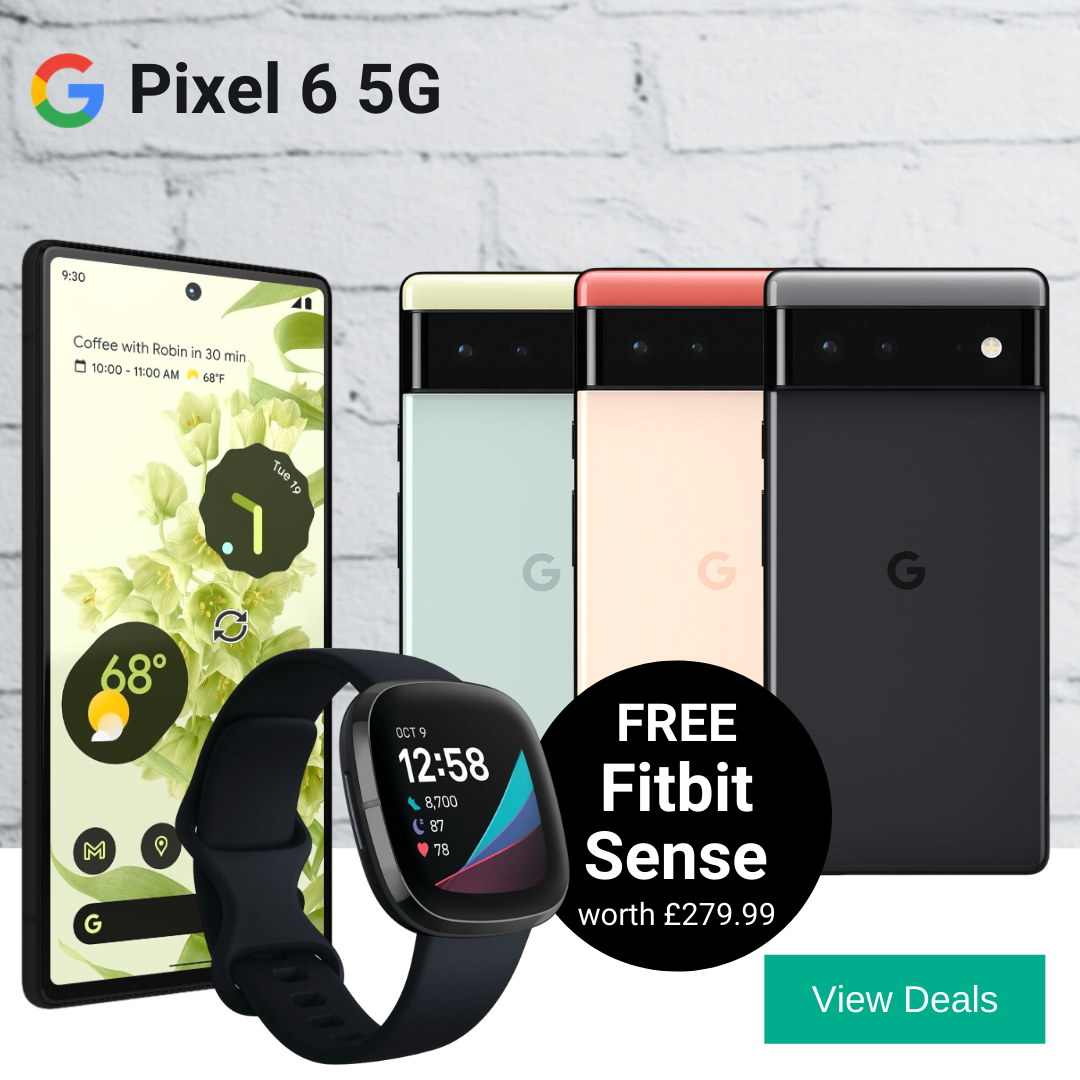 Bag yourself a free Fitbit Sense smartwatch worth £279.99 with Pixel 6 deals from EE.

(We’ve clearly marked which deals qualify for you).

Simply order direct from EE before February 7th and head over to Google’s claims website between 14 – 45 days, here …

Google will send your free Fitbit watch within 60 days of your claim being approved.

Free Fitbit Sense is available with: