Claim a whopping £250 on top of the value of your device when you order selected Samsung Z Flip3 & Fold3 deals and trade in via Samsung’s Recycle service.

Simply order your Galaxy Z Flip3 or Z Fold 3 deal before September 30th and enjoy an extra £250 paid directly into your bank account when you trade in your old device.*

If you’re looking to order Samsung Z Fold3 deals then you can also claim a free ‘Note Pack’ which includes an S-Pen stylus, 25w superfast charger and an original Samsung flip case!

Even better, if you order either your new Flip or Fold phone before August 26th you can also claim claim 12 months free insurance with Samsung Care+ protection! 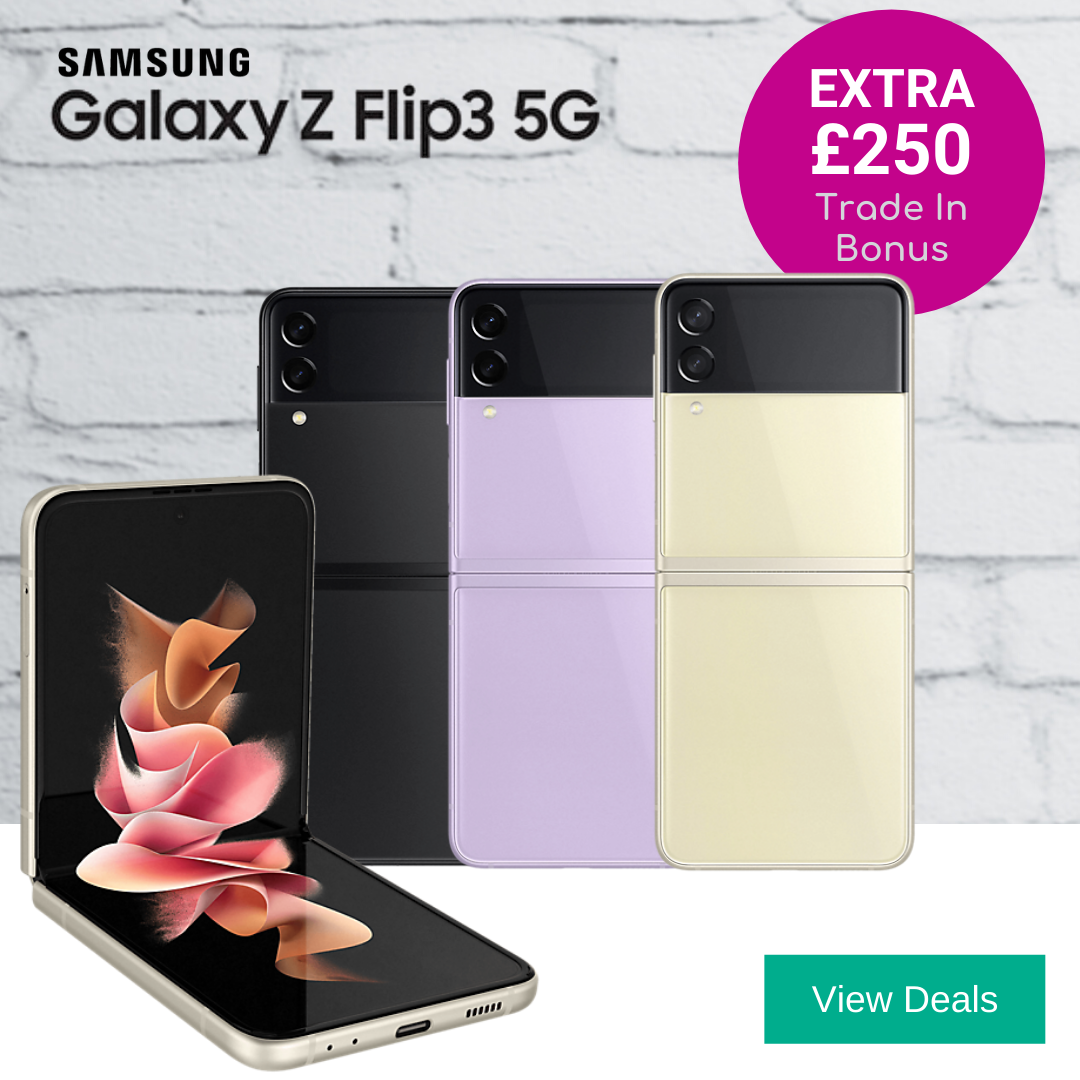 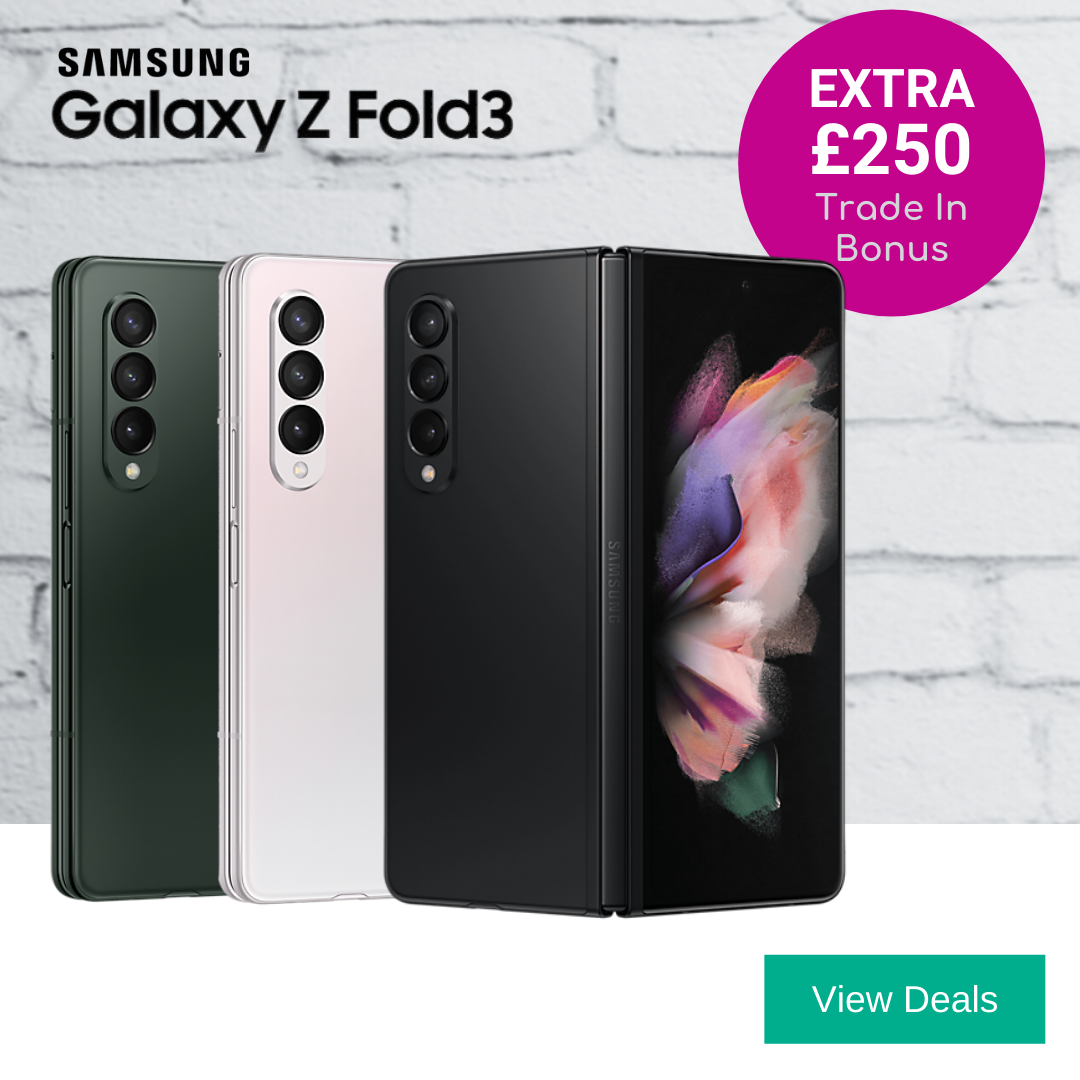 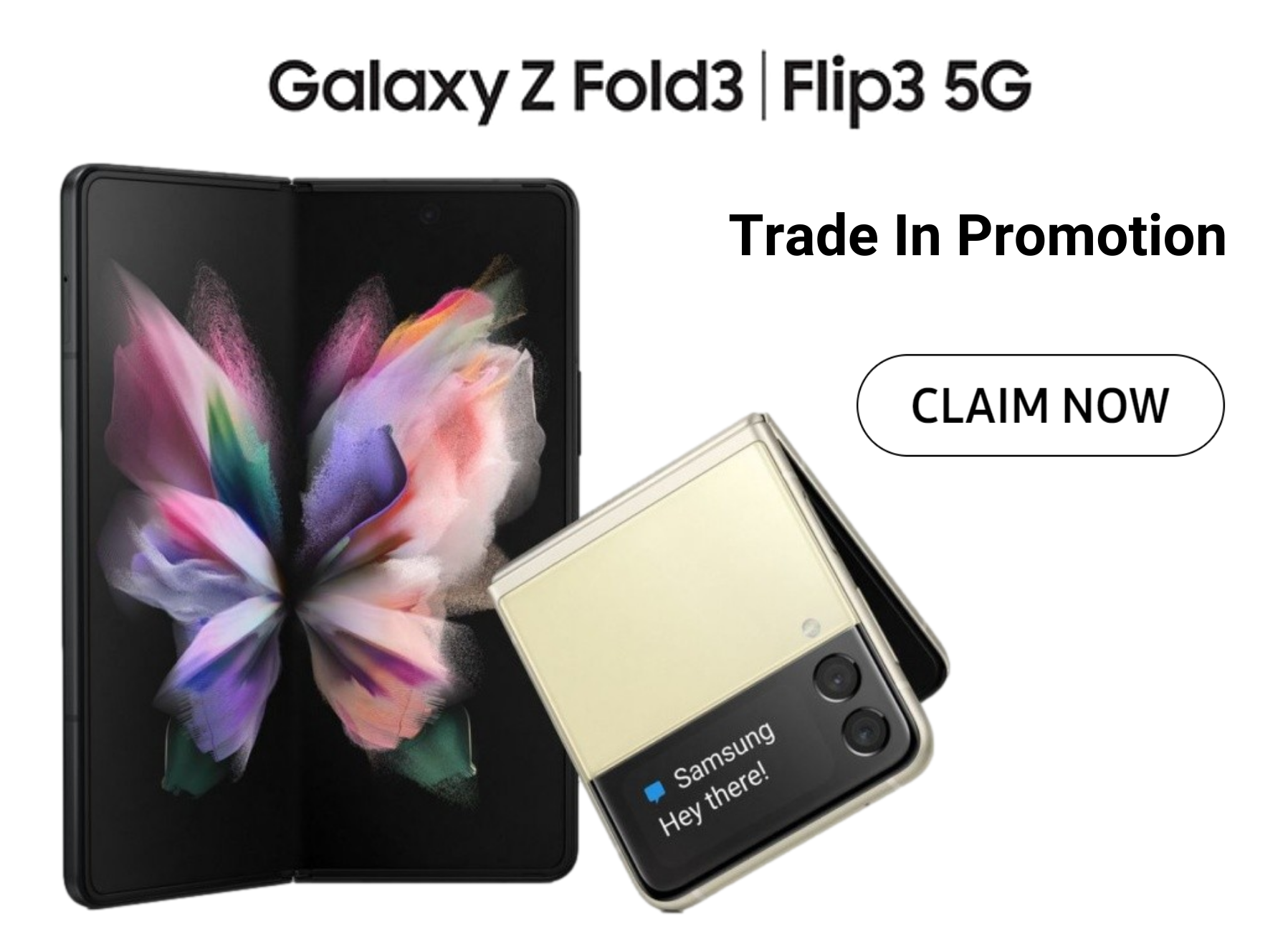 Order selected Samsung Z Fold3 & Z Flip3 deals between August 11th and September 30th 2021 to be eligible to claim an additional £250 on top of the value of your trade in phone value.

Paid by way of bank transfer by Samsung Recycle.

All claims to be made by no later than October 14th at midnight.

Enjoy 12 months free protection with Samsung Care+ for your new Samsung Z Flip3 or Fold3 when you purchase between August 11th and 26th 2021.

Please register within 30 days of purchase to receive your 12 months free insurance.

Order your new Samsung Z Fold3 with deals from a qualifying retailer and claim your free 25W Superfast Charger, S-Pen Stylus and Original Flip Case worth £79.99.

(We’ve clearly marked the deals for you where offered by a participating retailer in our results).

Simply head over to Samsung’s website to claim yours …

Free S-Pen, Charger and Flip Case Kit is available with: