Bag yourself an extra £100 on top of the value of your trade in phone with Samsung S22 Plus deals from participating retailers.

We’ve ‘tagged’ all qualifying deals for you, simply order your new Galaxy S22+ before June 30th 2022.

Choose your Samsung S22 Plus 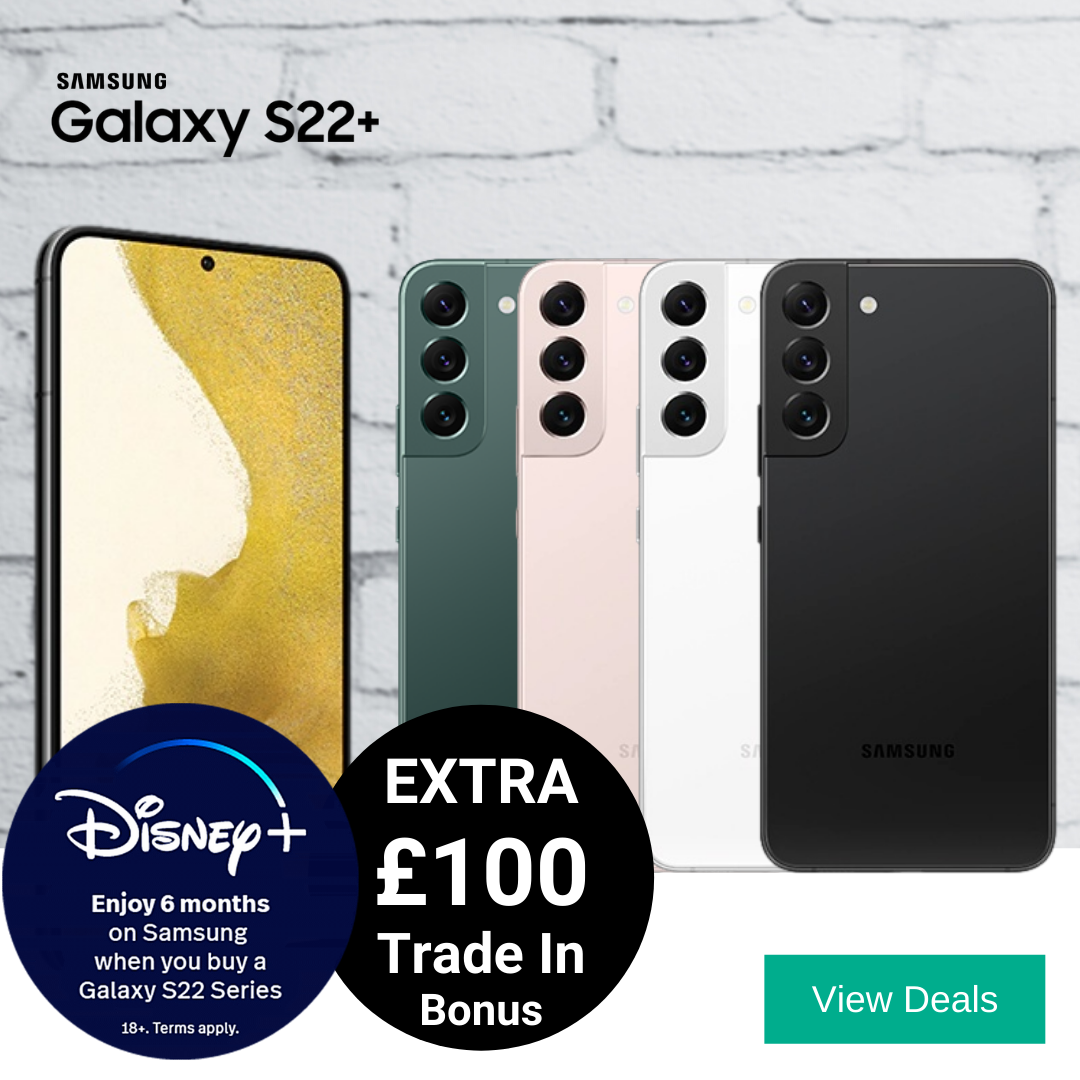 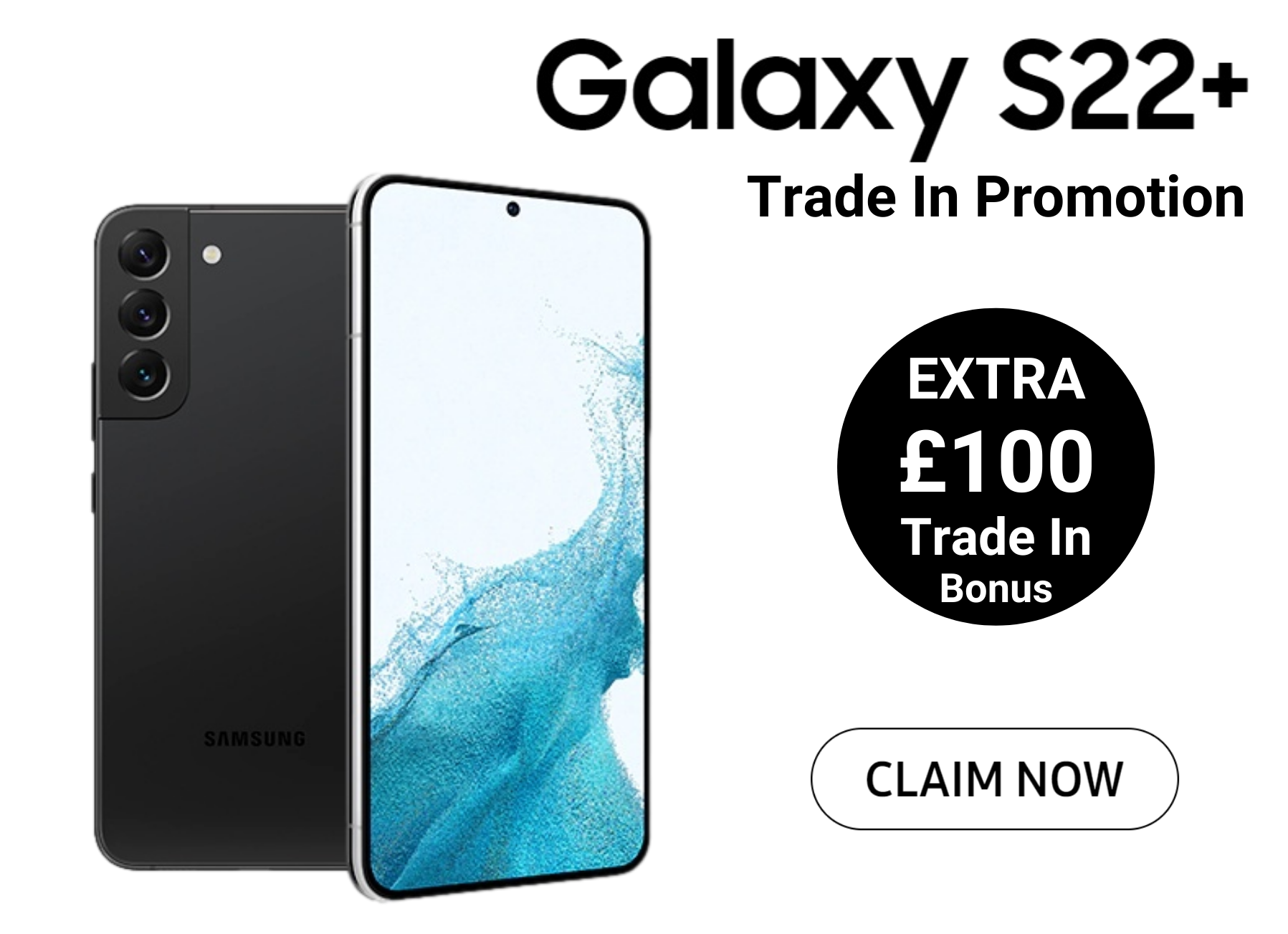 Claim £100 Extra Trade In Bonus with Samsung S22 Plus Deals

Order selected Samsung Galaxy S22+ deals from participating retailers before 30th June 2022 to be eligible to claim an additional £100 on top of the value of your trade in phone.

(We’ve clearly marked which deals qualify for you in our results).