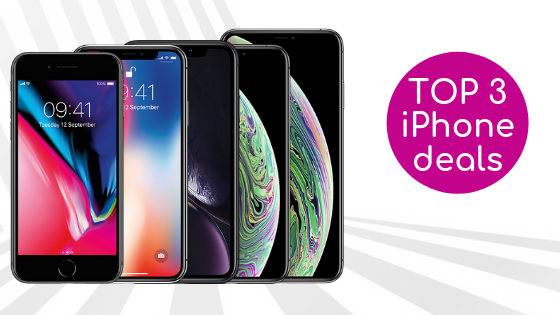 Here’s a quick round up of the best value contract deals this April for the most popular iPhone models; the iPhone 8, X, XR, XS and XS Max.

Below you’ll find the top 3 new contract and upgrade offers from all of the UK retailers, we update our database of over 3 million deals every 2 hours so prices change fast… 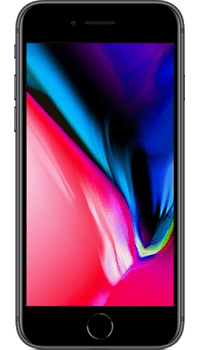 By far the most popular and cheapest overall contract for the iPhone 8 is currently being offered at just £31 a month! 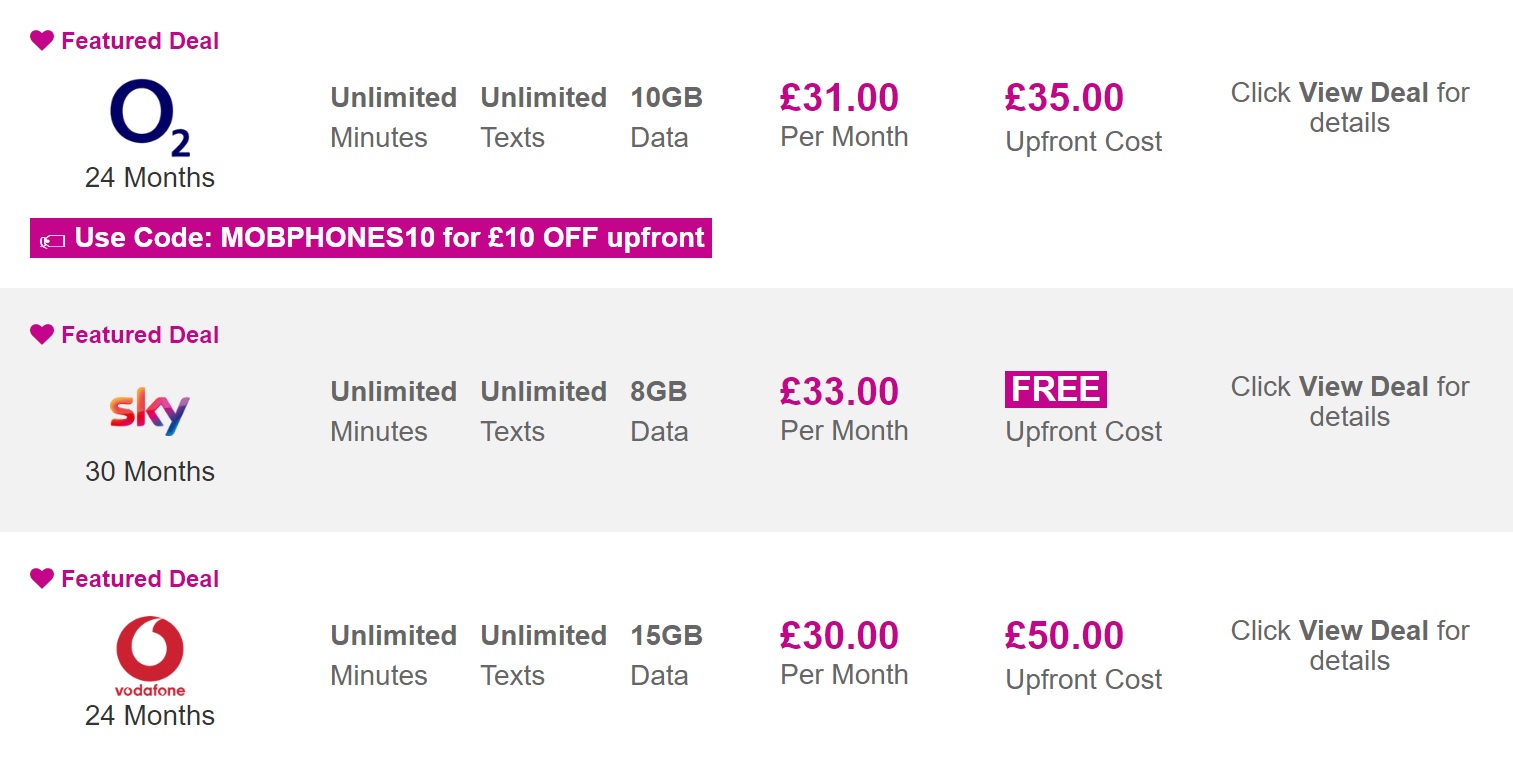 Coming in at 2 is a deal offered on SKY Mobile at £33 a month for 8GB data with no upfront cost, although this is a 30 month contract it’s on Sky’s Swap24 plan so you can upgrade to the latest handset after 24 months.

Finally in position 3 is a deal at just £30 a month for a whopping 15GB data with £50 upfront, paying a little upfront like this will almost always work out cheaper overall. 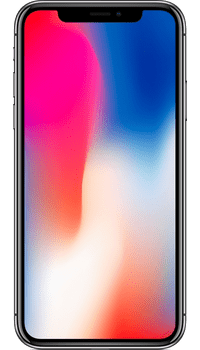 Despite being a far more expensive phone than the iPhone 8 and the first to feature the full screen display wiht the notch cut-out, the iPhone X has some great deals being offered… 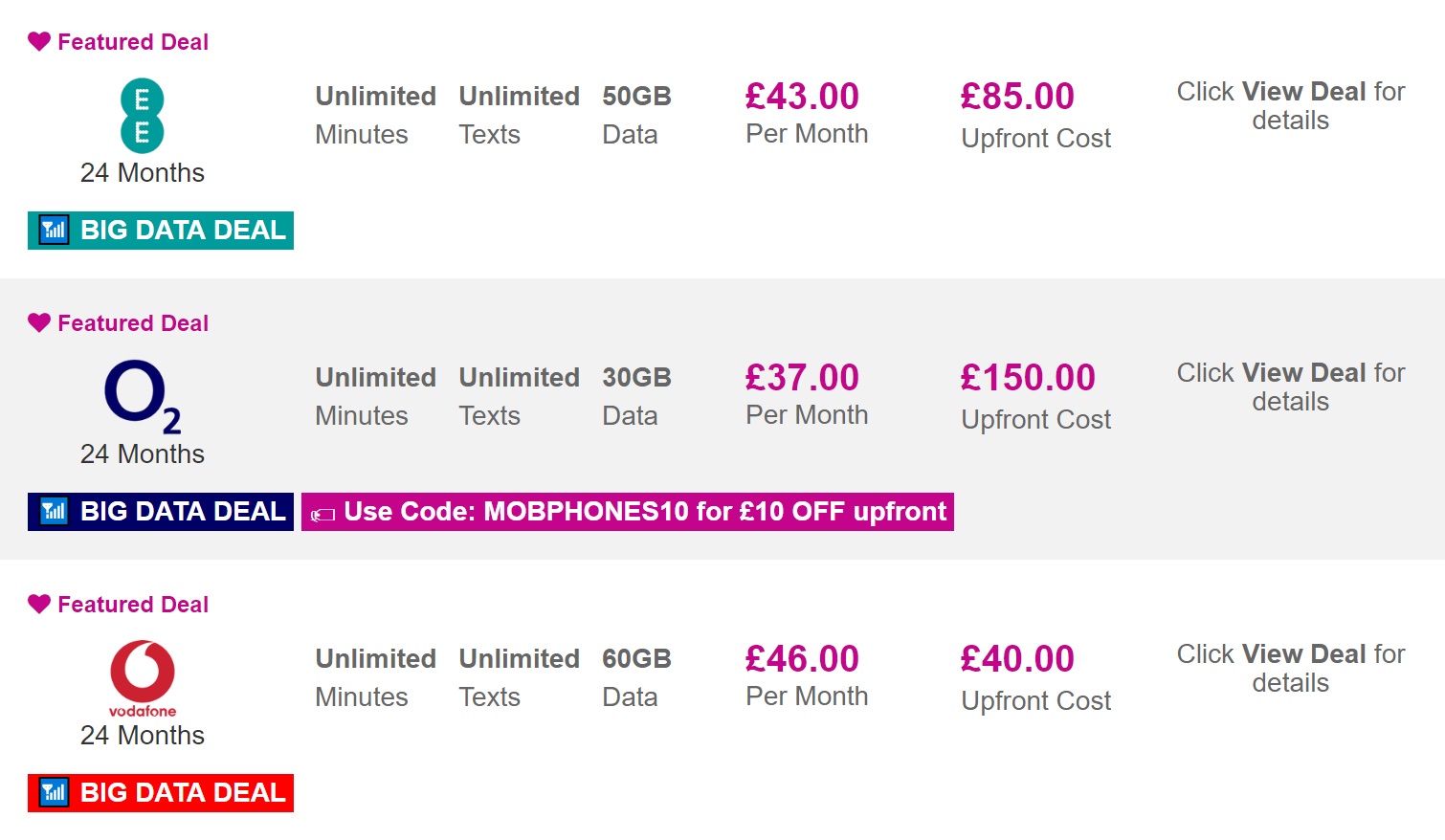 Sitting in the top spot, the most popular iPhone X offer is currently at £43 a month for an amazing 50GB of monthly data, unlimited calls & text with just £85 upfront.

Coming in a close second is a deal on O2 at just £37 a month for 30GB data, unlimited calls & text with £140 upfront using our discount code. 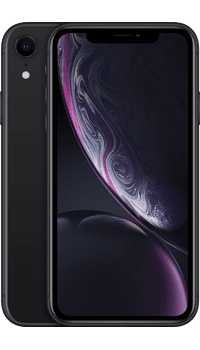 Released shortly after the new iPhone XS and XS Max models, the funky iPhone XR is available in a range of 6 fabulous colours at some great prices … 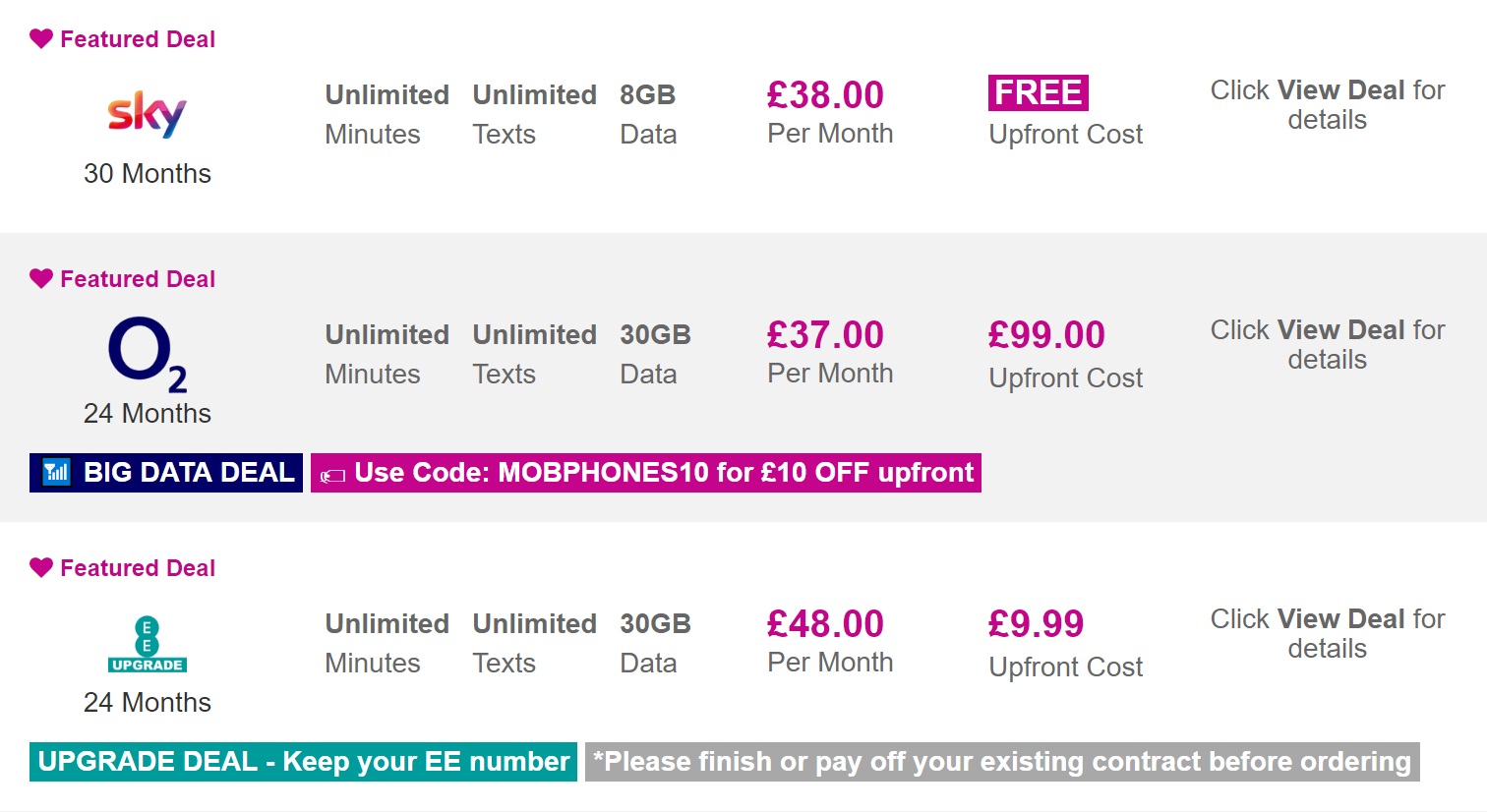 The most ordered deal for the iPhone XR is currently at £38 a month for 8GB data with £0 upfront on SKY Mobile. Despite being a 30 month contract, you can upgrade after 24 months.

The second most ordered offer is for those that need more data at £37 a month for 30GB data on O2, using our discount code you can reduce the upfront cost from £99 to £89.

In third spot is a deal for existing EE customers to keep their number and upgrade, at £48 a month for 30GB data and just £9.99 upfront it beats all of the upgrade deals offered directly by EE! 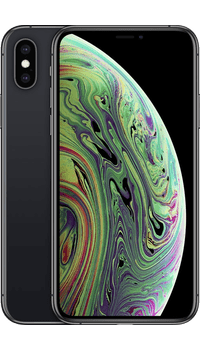 As we move up the iPhone model scale, the XS released in September is the go-to phone for those wanting to upgrade from their previous iPhone 7 or 8. 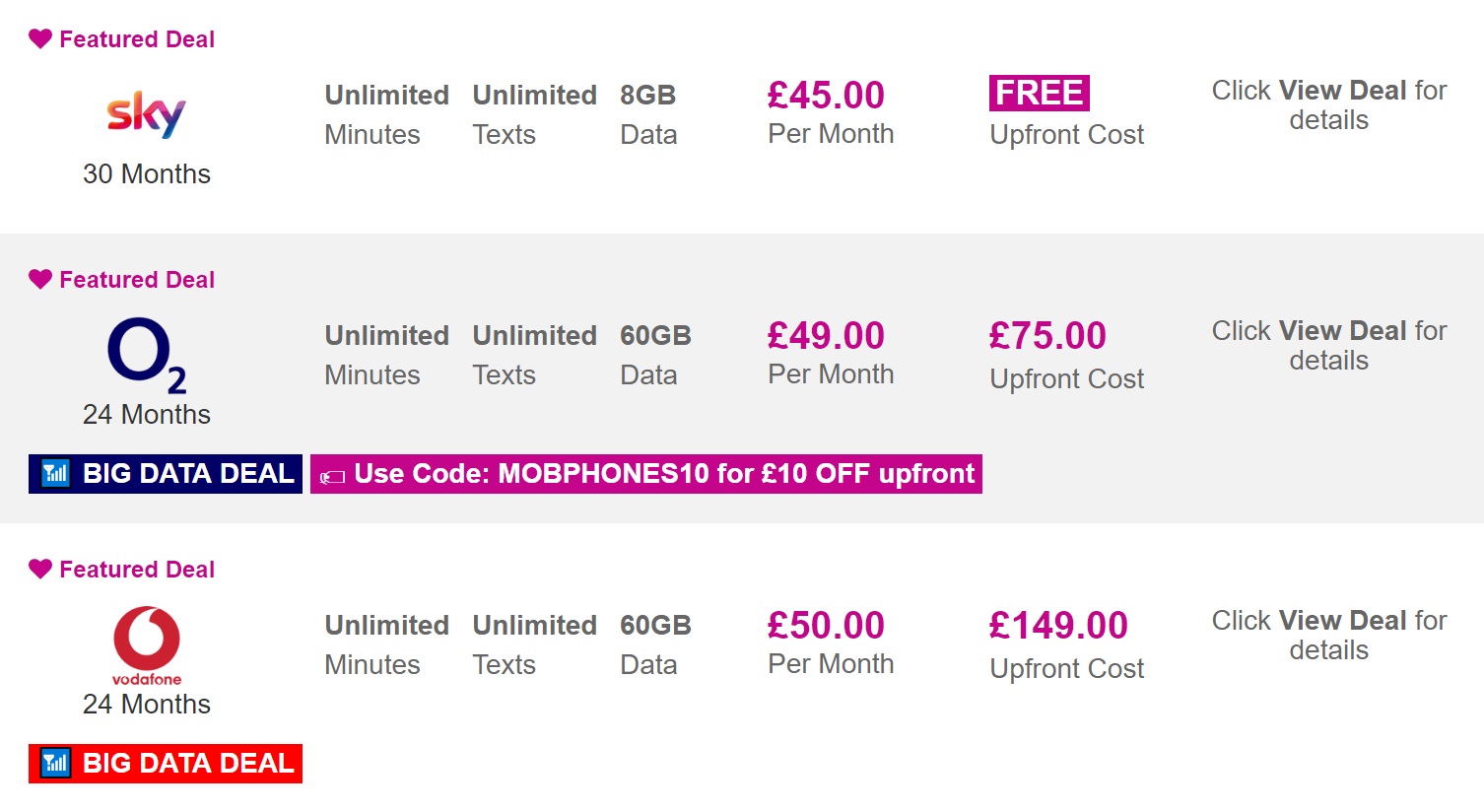 In the number one spot is currently a deal at £45 a month for 8GB data, unlimited calls & text being offered on SKY Mobile, there’s no need to be an existing SKY TV customer anymore so anyone can take advantage of this no upfront cost deal!

In second place is a ‘big data’ deal at £49 a month for a whopping 60GB data on O2, you can discount the upfront cost down to just £65 for this offer. 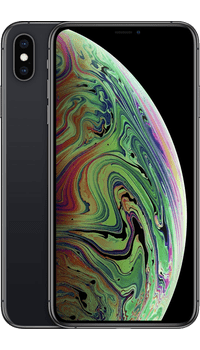 The ‘big daddy’ of the iPhone range and the most expensive iPhone model currently available!

The two most popular deals for the iPhone XS Max are actually for refurbished handsets being offered at far lower prices than brand new ones.

These are simply phones that have been returned by customers that have changed their mind within 14 days but cannot be resold as new. 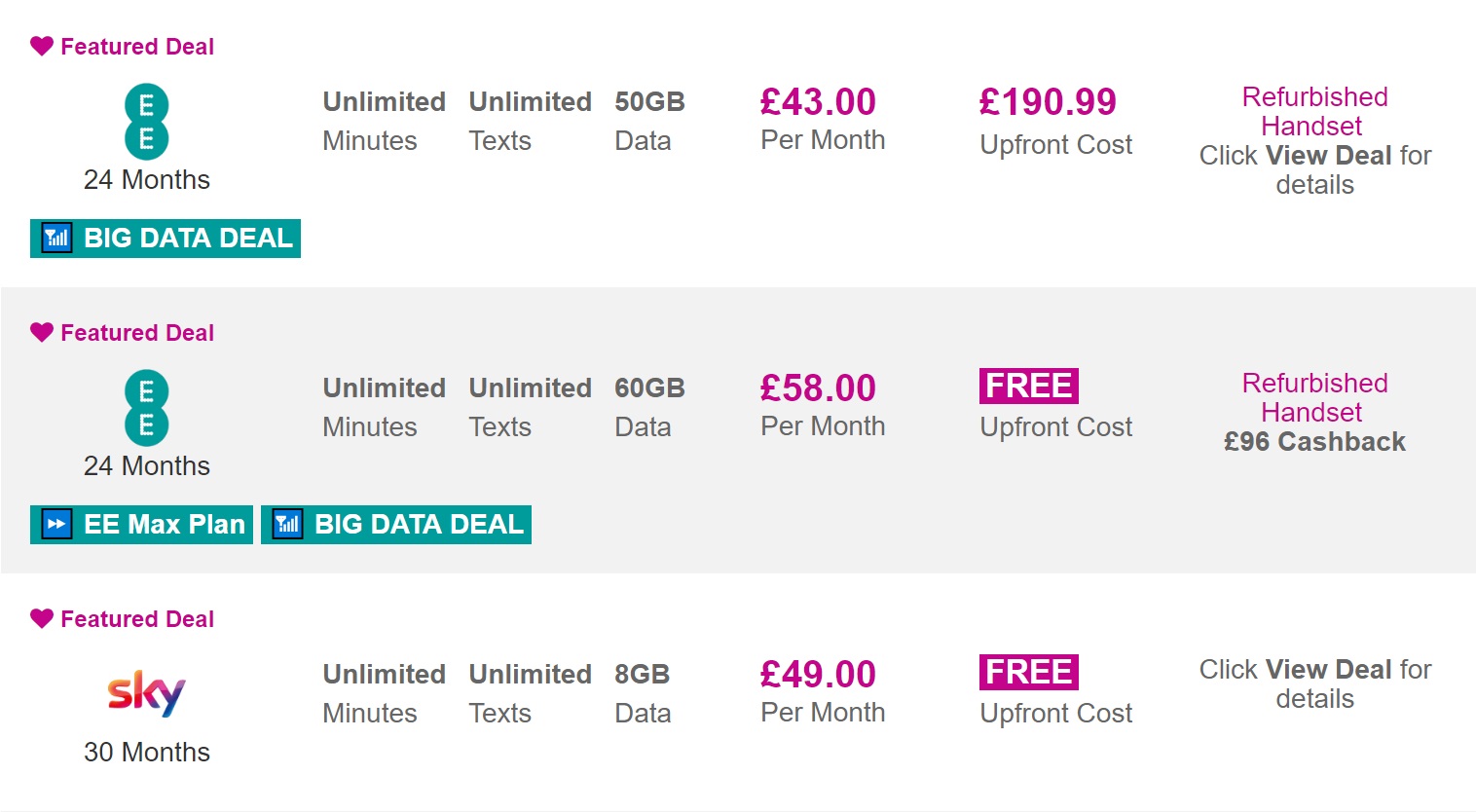 In position 2 is another refurb deal, this time at £58 a month for 60GB data and no upfront cost!

Finally, position 3 is being held by a deal on SKY Mobile at £49 a month with no upfront cost, 8GB data, unlimited calls & text and a free upgrade after 24 months.

That’s the current list of top iPhone deals in April 2019, keep your eyes peeled for our next deals update!