Pocket a very handy £200 from Samsung when you buy Samsung Galaxy S22 deals and recycle an old phone in any condition!

Samsung are taking in any old handsets lying around in drawers and offering cash paid direct to your bank account as well as planting 11 trees for every claim.

Our pick of the best Samsung S22 deals that qualify for the extra £200 recycling reward is at just £32 a month for a whopping 100GB of data! 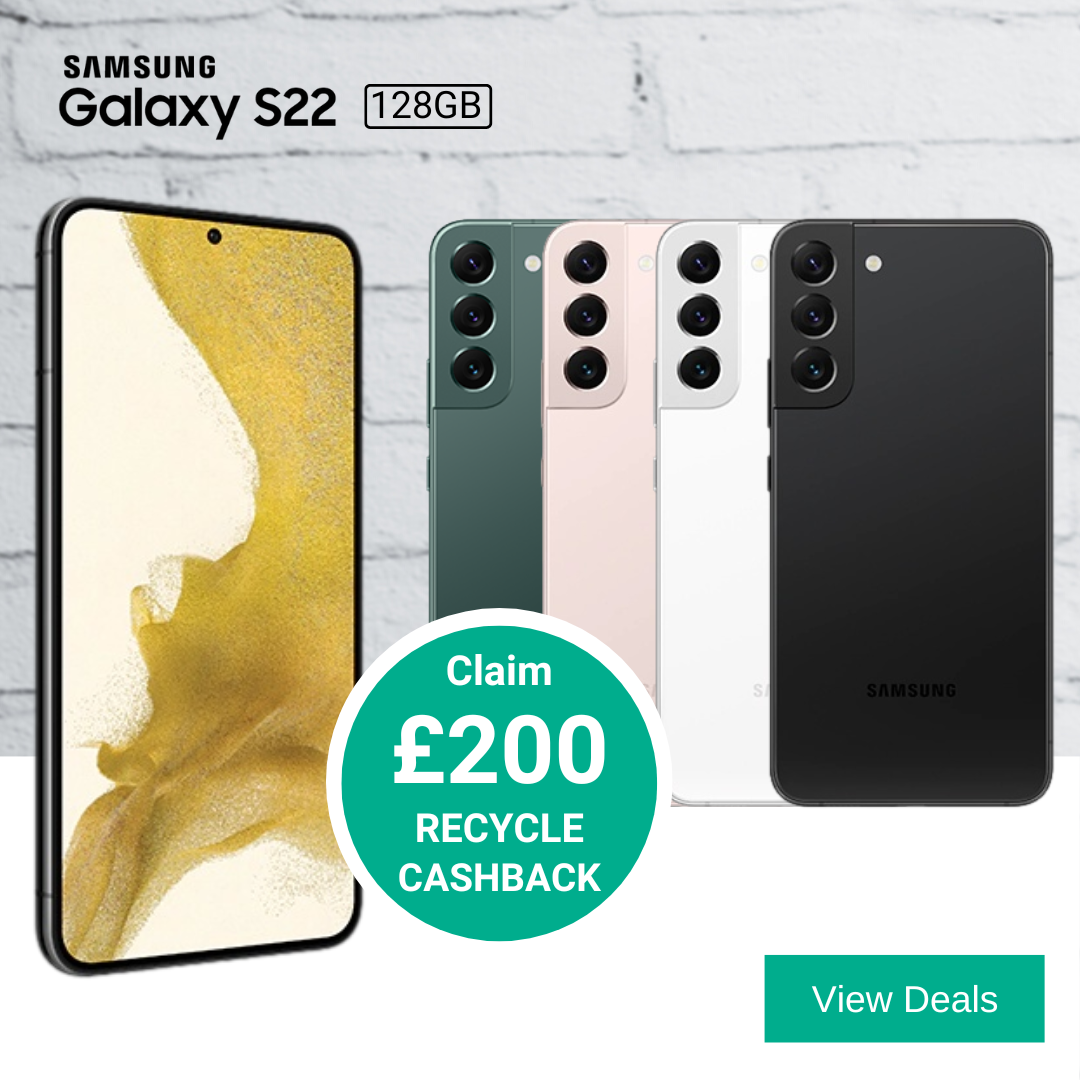 Order Samsung S22 5G deals from participating retailers and trade in any phone in any condition with Samsung to enjoy a £200 recycling reward paid directly into your bank account.

Phones do not need to be in working order and as a thank you for recycling Samsung will plant 11 trees.

Samsung Recycling Rewards are available with: